All Hallow's Read: All Souls 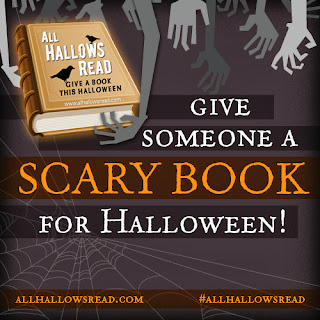 Enjoy this poem as part of All Hallow's Read 2013.

For maximum effect, read it aloud.

A thin moon faints in the sky o’erhead,
And dumb in the churchyard lie the dead.
Walk we not, Sweet, by garden ways,
Where the late rose hangs and the phlox delays,
But forth of the gate and down the road,
Past the church and the yews, to their dim abode.
For it’s turn of the year and All Souls’ night,
When the dead can hear and the dead have sight.

And where should a man bring his sweet to woo
But here, where such hundreds were lovers too?
Where lie the dead lips that thirst to kiss,
The empty hands that their fellows miss,
Where the maid and her lover, from sere to green,
Sleep bed by bed, with the worm between?
For it’s turn of the year and All Souls’ night,
When the dead can hear and the dead have sight.

And now that they rise and walk in the cold,
Let us warm their blood and give youth to the old.
Let them see us and hear us, and say: “Ah, thus
In the prime of the year it went with us!”
Till their lips drawn close, and so long unkist,
Forget they are mist that mingles with mist!
For the year’s on the turn, and it’s All Souls’ night,
When the dead can burn and the dead can smite.

Till they say, as they hear us — poor dead, poor dead! —
“Just an hour of this, and our age-long bed —
Just a thrill of the old remembered pains
To kindle a flame in our frozen veins,
Just a touch, and a sight, and a floating apart,
As the chill of dawn strikes each phantom heart —
For it’s turn of the year and All Souls’ night,
When the dead can hear, and the dead have sight.”

And where should the living feel alive
But here in this wan white humming hive,
As the moon wastes down, and the dawn turns cold,
And one by one they creep back to the fold?
And where should a man hold his mate and say:
“One more, one more, ere we go their way”?
For the year’s on the turn, and it’s All Souls’ night,
When the living can learn by the churchyard light.

And how should we break faith who have seen
Those dead lips plight with the mist between,
And how forget, who have seen how soon
They lie thus chambered and cold to the moon?
How scorn, how hate, how strive, we too,
Who must do so soon as those others do?
For it’s All Souls’ night, and break of the day,
And behold, with the light the dead are away

Yes, it's nearly Halloween - can't you tell from my Library Loot?

There is enough scary stuff (or possible scary stuff) to keep me occupied. The problem is, not much has scared me yet.

I also picked up a little classic literature. I am hoping that will satisfy. 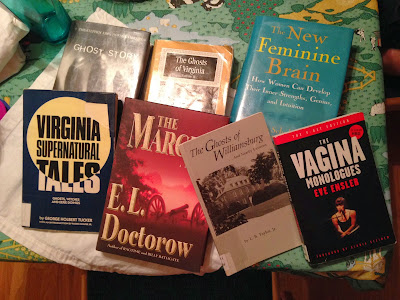 Ghost Story has a reputation of being one of the scariest books written in the 1970s. I wanted traditional horror. Alas, I didn't enjoy it: the story was slow to build and rather obvious. I stopped reading it after I anticipated every plot point for the first 50 pages. I really wanted to like it.

Now I wonder what other books from my childhood I would view in the same way, as slow and predictable. (Yes, I read all of those books I wasn't supposed to, that were way beyond my years. It was the 70s — I think it was the law.)

I did, however, like The Vagina Monologues. That classic did not disappoint.

I also plan to scan local ghost lore for a little scare. It's always nice to know what's happening in our own backyard.

What did you pick up at the library this week?

Thanks to Linda (Silly Little Mischief), Claire (The Captive Reader) and Mary (The Adventures of an Intrepid Reader ) for establishing the weekly Library Loot. Check out what they're checking out!
Posted by Chris at 10/30/2013 09:00:00 PM No comments: 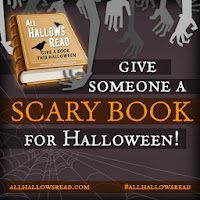 There are many reasons to like  author Neil Gaiman. All Hallow's Read is one of them.

All Hallow's Read is an excellent way to share the love of books and reading. If you love books and stories, then you love sharing those very things. (I know I do.) Neil Gaiman encourages that. In fact, he says — but wait, let me let him tell you himself.


Me, I share poetry. Every Halloween, trick-or-treaters receive not only good chocolate candy (the kind I'd eat, and usually do, until I have to give it away), but also a poem. I've shared the works of Edgar Allan Poe, Edna St. Vincent Millay. This year, I've chosen — wait. I can't tell you until Halloween.

What poems would you share for Halloween? (Note the plural. You don't have to stop at one.)

If you're looking for novels, I'd recommend one by the man himself, The Ocean at the End of the Lane, or the delightfully weird story John Dies at the End.

Email ThisBlogThis!Share to TwitterShare to FacebookShare to Pinterest
Labels: All Hallow's Read, Edgar Allan Poe, Edna St. Vincent Millay, Halloween, John Dies at the End, Neil Gaiman, poetry, The Ocean at the End of the Lane 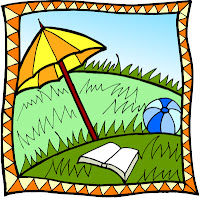 As the days grow chillier and the sun sets sooner each night, I look back fondly on my summer reading — and, I have to say, it was pretty good.

Below is a list of books I completed, the final book skidding in under the wire as the clock ticked down to autumn.

I did not like all of the books. In fact, I probably would not recommend Southern Gods or Poe's Children. (The former was more gory than Gothic, the latter too eclectic and scattered a vision.) I threw a couple of children's books into the mix, and more than my share of hefty tomes.

Here they are, the most recent at the top of the list.

I also half-finished four other books (Steve Jobs, The Winter Sea, The Light Between Oceans and The Language of Flowers), which I will count as two books. (Hey, it's for a good cause, and not just my ego!)

Yes, I realize very few were on my original list, but I can live with that. Those others will be read in good time. (Never soon enough, but in good time nonetheless.)

Also, I know a few were juvenile fiction, but they were surprisingly substantial. I mean, Ursula K. LeGuin — 'nuff said.

That gives me a total of 27 books — and $135 for the Main Street Child Development Center, a fabulous program for children in Fairfax, Va.

I sat in my office this afternoon, searching my mind for a positive note on which to end my workday. (It had been that kind of day.)

Amidst the paper, humming electronics and chaos of my corner of Paradise, I saw a photo of my family on my bookshelf, which was taken a few years ago. (I need to update that.) I focused on that, and found my happy place: two of my three kids are still on my health insurance, thanks to health care reform.

While they try to find their way in this world, I can give them the health insurance that takes care of their wisdom teeth, strep throat and (hopefully) preventative care that may be considered more of a luxury in the early, lower-paying years of a career.

Frankly, I think it's brilliant.

It wasn't even a very controversial element of the Affordable Health Care for America Act, if I remember correctly: allowing adult children to remain on a parent's insurance for a period past college was a no-brainer.

I thought it would be a great thought to share with friends on Facebook, a bright spot in my day that may bring them a little happiness, too.

Then, I woke up from my daydream: Facebook is no place to put happy thoughts.

Social media has become a desert of disagreement and debate. If I post anything and, say, Sally disagrees, rarely will she only shake her head ruefully at my "stupidity." Now she can correct me. In public. On my "wall."

For many, the wake-up call was the 2012 election, which turned social media into a toxic well of hate and derision. Among my friends, those who normally kept their opinions to themselves finally "allowed" a flash of heat so great my computer screen was singed. I saw words that shouldn't have been used in civil discourse emanating from posts of people who otherwise were the epitome of civility.

I was not guiltless. I shared pictures and articles that reflected my ideas as well. I didn't argue with people on their wall, but I would share evidence to dispute an error ("Guys, AP clearly states the President declared war on Kentucky, not Wyoming," for example).

The schism has not healed in the intervening years. I still hide plenty of angry posts about politics and religion. However, I'm doing my part when it comes to civility: I stick to photos of books, cute kids and cuddly animals. From time to time, I throw in a few stronger themed pictures and posts, usually centered around violence against women (for the record, I am against it). If someone decides to start a debate, they're on their own.

So, I was cheered in my otherwise drab workday with the thought of my family's benefit from HR 3962, and I wanted to share the joy. I thought about writing a brief note on Facebook, "I can still provide health care to two of my three children, and I'm grateful for health care reform that allowed that."

After an unpleasant Flashback to 2012, I thought about including a cautionary phrase akin to "This is not an invitation to debate, argue or otherwise vent." And that made me both cranky and sad, that I'd have to tell my perfectly nice friends and acquaintances that I was allowed to express myself without their input.

Then, light bulb: that is what social media has become. It's like stepping into a busy street and hoping you don't get run over right away. Oh, you may have to dodge a bike messenger or a texting driver — but if you're careful, you'll make it across the street alive.

So, I deleted my words and I closed my browser.